Use your smartphone to text RVSTARS to 41444 now to vote for Lauren & Cade!

Lauren Trantham is the founder of Ride My Road. In 2016, Lauren set out on a 10,000-mile solo motorcycle journey across the United States to photograph American survivors of human trafficking. Four years later Ride My Road has raised tens of thousands of dollars for survivor-led organizations, hosted dozens of events across the country, and educated hundreds of motorcyclists on the realities of human trafficking in America.

Dancing with the Rogue Valley Stars was so much fun for Lauren, it took her back to her salsa days in South America! It was even better knowing that Sparrow Club is such an important organization supporting kiddos and teaching compassion and tolerance.

Cade Smith was born and raised in Bakersfield, California. After moving to the Rogue Valley to pursue a Theatre Degree at SOU, Cade realized that Ashland is an actor’s dream and decided to stay a bit longer. Before moving, Cade was seen in Camelot Theatre’s “The Man Who Shot Liberty Valance”, Randall Theatre’s “A Chorus Line,” and in Collaborative Theatre Project’s “Seven Dreams of Falling” among others. After 7 years, Cade upended his life, packed his bags, and moved to sunny southern California. Now his credits include “Every Christmas Story Ever Told and Then Some” with the Patio Playhouse and “Guys ‘n’ Dolls” at the Coronado Playhouse. He’s even been seen around the area as a king, a murder pro, and a zebra!

Cade started dancing 10 years ago because he thought it sounded fun. He started with a bang: 6 classes a week until the school closed two weeks later. For years, Cade would take sporadic classes, usually wherever he could fit it into his busy schedule. However, despite not focusing his performing life around dance, Cade managed to gain experience in many different forms, such as ballet, belly dancing, and tap. Cade’s choreography journey followed a similar path; it sounded like a fun idea and unfolded into an on-again off-again career. From “Rent” at Thanks for the Memories Theatre to “Little Women” at the Patio Playhouse, Cade’s style has grown and morphed in ways he never would have imagined back in 2014 when a director asked, “You choreograph, right?” and Cade confidently lied, “Of course!” That one little lie led to a mirror ball trophy, so we won’t complain too much! 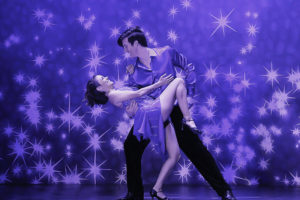 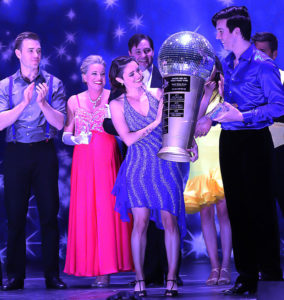