Use your smartphone to text RVSTARS to 41444 now to vote for Amy & Brett!

Eight years ago, Amy stepped out of her comfort zone to dance her way to first place doing the Samba for Dancing with the Rogue Valley Stars. She has never had more fun volunteering to raise funds for an amazing cause, Sparrow Clubs! This experience not only benefited this amazing organization and those they serve but also sparked her lifelong love of dance and new friendships.

Since competing in the 2012 event, Amy spent time as the Executive Director of The Valley School where she brought her experience to middle schoolers. She started by organizing and leading west coast swing classes for her students, none of whom had ever done partner dancing. It was quite an experience! She also launched the first Valley School Sparrow adoption where the students volunteered to support Ellie Thomas and her mother who donated her kidney to support her beautiful daughter. It was truly moving and something the students will never forget.

Amy continues her active involvement in the Rogue Valley through her work at the Health Care Coalition of Southern Oregon, as a board member of Kid Time and the Jefferson Regional Health Alliance, and as a volunteer on United Way committees and for anything her five children are part of! She believes so strongly in the health of our community that she also ran for Jackson County Commissioner in 2018.

In the words of Ernesto Sirolli, “The future of every community lies in capturing the passion, imagination, and resources of its people.” Amy is so grateful to have been part of the Sparrow Clubs organization, which wholeheartedly embodies this.

Brett Alleman was born and raised in the Rogue Valley and works for Mercy Flights as a Paramedic. He first began dancing in 2005 and has been involved with and used dance in every part of his life since he first started. He was trained by June Kranenburg for the majority of his dance career and was inspired by his instructor to learn as many dances as he could.

Brett specializes in Latin dancing but also has experience in eight other dances. Brett met his wife Kristen and introduced her to ballroom dancing, and the two have made being partners in dance an intricate part of being partners in life.

Brett has been involved with Dancing with the Rogue Valley Stars since the first year and has immensely enjoyed being part of benefiting those in need! Brett loves teaching dance to everyone and meeting new people, he is always encouraging people to try out and see what it is that is so amazing about the freedom of dance. 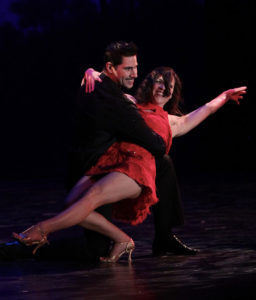 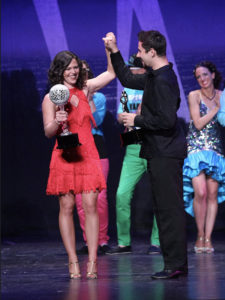